The role of women in St. Petersburg's history has often been overshadowed by the men that they worked alongside. But from the very beginning of the Sunshine City, when Sarah Williams played a role in persuading Peter Demens to bring the Orange Belt Railroad to what is today downtown St. Petersburg, instead of what is now modern-day Gulfport, the story of St. Petersburg has been driven in large part by women. Below are just a few of the names you should know.

Flora Wylie spent her lifetime making St. Pete a more beautiful city. Flora was the first woman to serve on St. Petersburg’s Planning Board in 1928 and was a founding member of the St. Petersburg Garden Club. Flora had a love of exotic plants and shrubs. Flora and her husband Walter built a home with lush tropical gardens at 1400 Beach Drive in Old Northeast in 1922. It was a replica of an Italian villa they had seen when they visited Milan. She remained a huge proponent of the city parklands until her passing in 1965. In May 1962, Waterfront Park No. 3 was renamed Flora Wylie Park. Flora Wylie Park begins where Coffee Pot Bayou curves into North Shore Drive and extends from 18th to 13th Ave S.

Privately educated, fluent in five languages, and a published author, Katherine Tippetts arrived in St. Petersburg with her husband and four children in 1902. But it was her path after her husband’s death in 1909 where she made her contribution. Historian Ray Arsenault once described Katherine Tippetts as “the most remarkable woman in St. Pete.”  After her husband’s death, she took over the operations of the downtown Belmont Hotel and the couple’s other real estate holdings.

As a savvy businesswoman with extensive experience in public affairs, she also was the first woman to run for the Florida Legislature. Tippetts placed second in that race, but the loss didn’t stop her. Instead, she continued working tirelessly to protect what was special about St. Petersburg, and Florida as a whole. She accomplished this through leadership roles in groups ranging from the Woman’s Town Improvement Association and the Florida Federation of Women's Clubs to the YWCA and American Forestry Association.

Tippetts’ most enduring legacy is the St. Petersburg Audubon Society (SPAS). She founded and directly presided over the organization for 31 years, helping to lead the movement to preserve and protect the environment. Concerned about the impact of growth on natural resources, she fought to legislate protections for wildlife and plants in Florida and beyond, from pelicans, robins, and the pied-billed grebe to a swath of the Everglades. Locally, this lobby produced more than ten bird sanctuaries by 1920 in Pinellas County alone. The Audubon Society also was instrumental in the 1912 establishment of the Florida Fish & Game Commission and passage of the Migratory Bird Act of 1913.

Jennie Hall was a public school teacher and moved to St. Petersburg in 1922 from Butte, Montana. St. Petersburg was a fully segregated city as were the majority of southern cities. Swimming pools were considered as popular and all-American as movies, but African Americans, particularly in the south, were largely excluded from using public swimming areas.

In 1953, as an 85-year old retiree, Hall met with the City Council and wrote a $10,000 check after having become frustrated at the city's lack of progress in building a "Negro" pool. With an additional $15,000 from Ms. Hall for a total donation of $25,000, a big share of her life savings, this instigated a $35,000 matching appropriation by the City. The pool was dedicated in the Spring of 1954. Ms. Hall passed away just one year later, on April 3, 1955. Jennie Hall Pool remained segregated until 1959 when the city opened its public pools and beaches to people of all races.

Dr. Johnnie Ruth Clarke was an American activist, teacher, and humanitarian.She was a participating member of many different societies and has been credited as the first African-American to obtain a doctorate from the University of Florida's College of Education.

Johnnie Ruth Clarke obtained her bachelor's degree from Florida A&M University in Social Science and then went on to receive a master's degree from Fisk University.In 1966, Clarke became the first African American to obtain a doctorate from any Florida public university and in particular the University of Florida College of Education. Clarke taught in the Pinellas County Public School System, as well as at Bethune-Cookman College and Florida A&M University. Dr. Clarke served as dean of Gibbs Junior College in the 1950s, and as assistant dean of academic affairs at St. Petersburg Junior College in the 1960s. To honor her commitment to students and the community, St. Petersburg College established an academic scholarship in her name. Also, the Johnnie Ruth Clarke Health Center was named after her.

Margaret Acheson Stuart was raised in New York City but the family established winter residence in St. Petersburg and she eventually settled in the area.

Margaret proposed the Museum of Fine Arts to the city of St. Petersburg in 1961.  She contributed $150,000 for a building and $1 million for an endowment fund. In early 1970, Mrs. Stuart donated $300,000 for a new auditorium and sculpture garden. The City of St. Petersburg donated the land.  By the mid-1980s a second floor was added to accommodate its growing art collection. The renovations and addition were finished in 1989. On February 23, 2008, a $21 million addition - the Hazel Hough Wing - had its grand opening. Today the museum's collection includes works by Monet, Cezanne, Vigee-LeBrun, Tiffany, Rodin, Gauguin, Steuben, and Renoir. Stuart refused to place her name on the museum or charge admission, insisting she wanted all people to be able to enjoy the cultural resource. Said Stuart during the planning phase of the museum: "If one child has a better life because he visited our museum, it will be worthwhile."

Coming to the Sunshine City from her native Ocala with her husband in 1925, Fannye Ponder was an educator, organizer and a social and civic leader in St. Pete for more than 40 years. A graduate of Florida A&M, Ponder taught at Gibbs High School for 20 years, organized the St. Petersburg Metropolitan Section of the NCNW (National Council of Negro Women) as well as the City Federation of Colored Women’s Clubs. She worked as a Republican committeewoman and helped build two community buildings in the black community: the Council House that bears her name and the Melrose Clubhouse. Ponder directed her limitless energy toward the advancement of women on the local, state and national levels, working alongside such prominent activists as Dr. Bethune and First Lady of the United States Eleanor Roosevelt. In 1972, in recognition of her accomplishments for more than 40 years of service to her community and the nation, then St. Pete Mayor Herman Goldner declared a day in June of that year as Fannye Ayer Ponder Day. She passed away on May 31, 1982, but her legacy still lives.

Ponder’s legacy is that of someone who worked for women’s rights, believed in equality and worked to change the lives of those less fortunate. She was politically astute, a patriotic and servant leader, once selling thousands of U.S. Savings Bonds during World War II, totaling $85,000 in one single night in Miami. It was Ponder who founded the local NCNW chapter in 1942 — properly called the St. Petersburg Metropolitan Section — to develop "competent and courageous leadership" among African-American women. During World War II, she sold thousands of dollars in war bonds to help build a U.S. Merchant Marine Liberty ship, the SS Harriet Tubman, the first to honor an African-American woman. She and her mentor, Mary McLeod Bethune, founder of the NCNW and what would become Bethune-Cookman University, had tea at the White House with three first ladies, Eleanor Roosevelt, Bess Truman and Mamie Eisenhower. In St. Petersburg, Ponder was the force behind the prime site for political, educational, social and cultural gatherings for African-Americans at a time when racial segregation barred them from public facilities, such as beaches, libraries and swimming pools.

As owner of one of the city’s largest citrus groves, Mary Wheeler Eaton was well established in St. Pete’s business community, but her passion for the Sunshine City has helped celebrate our city’s history for generations. In 1920, Eaton and a number of pioneer families created the St. Petersburg Memorial Historical Society to preserve the young city’s history. Eventually Eaton convinced the Mayor and City Council to give the historical society a vacant building on the Pier Approach and the St. Petersburg Museum of History was born. The oldest museum in Pinellas County, the St. Petersburg Museum of History was formerly known as the St. Petersburg Memorial Historical Society when it first opened its doors to the adoring public in 1921. The Society started collecting the different artifacts, archival documents, photographs, and specimens of natural history that depicted the movement of the region towards 20th century development and progress. It was through the unrelenting effort and steely determination of Mary Wheeler Eaton and her contemporaries that the Society was able to amass considerable historical wealth that has become the foundation of the present-day Museum. In 1930, after Mary Eaton’s death, The Memorial Historical Society opened what would become the first incarnation of the St. Petersburg Museum of History.

Rosalie Peck was the youngest of 10 children. Raised in St. Petersburg, she attended local all-black schools - Jordan Elementary and Gibbs High School. After being turned away from a local business school because of her race she traveled to Washington, D.C., to attend Cortez Peters Business College.  Fifteen years after graduating from Gibbs High School, Rosalie was chosen by the Ambassador Club, along with Frankie Howard to promote integration by attending the all-white St. Petersburg Junior College (today’s St. Petersburg College) in 1961.  Years later, Peck recalled both the anxiety and fear she felt, but knew after her first day of classes that she was, as she said, “in my element.” Her confidence eventually led her to Bethune-Cookman College and then to Atlanta University for her master’s degree followed by a successful social work career. Peck co-authored the excellent book, St. Petersburg’s Historic 22nd Street South, along with Jon Wilson.

You can place Shirley Fry’s name alongside Maureen Connolly, Margaret Court, Chris Evert, Steffi Graf, Doris Hart, Billie Jean King, Martina Navaratilova,  and Serena Williams.  Fry is one of only 10 female players in history to win at least one of each of the majors in singles. Along with Court, Hart, Navratilova, and Serena and Venus Williams, Fry is one of only six players in history to also win a women’s doubles title at each major tournament.

Fry is just one of 15 people to have won the career Grand Slam. Fry won 17 major championships including the French Open, Australian Open and Wimbleton in 1956. Upon her retirement, Fry moved to St. Petersburg, ostensibly to bask in warmer climates. She worked in the advertising department of the St. Petersburg Times.

Who did we miss? We know there are lots of influential women we didn't cover. Is there someone in particular you'd like us to feature? Let us know! Write to: newsletter@preservetheburg.org 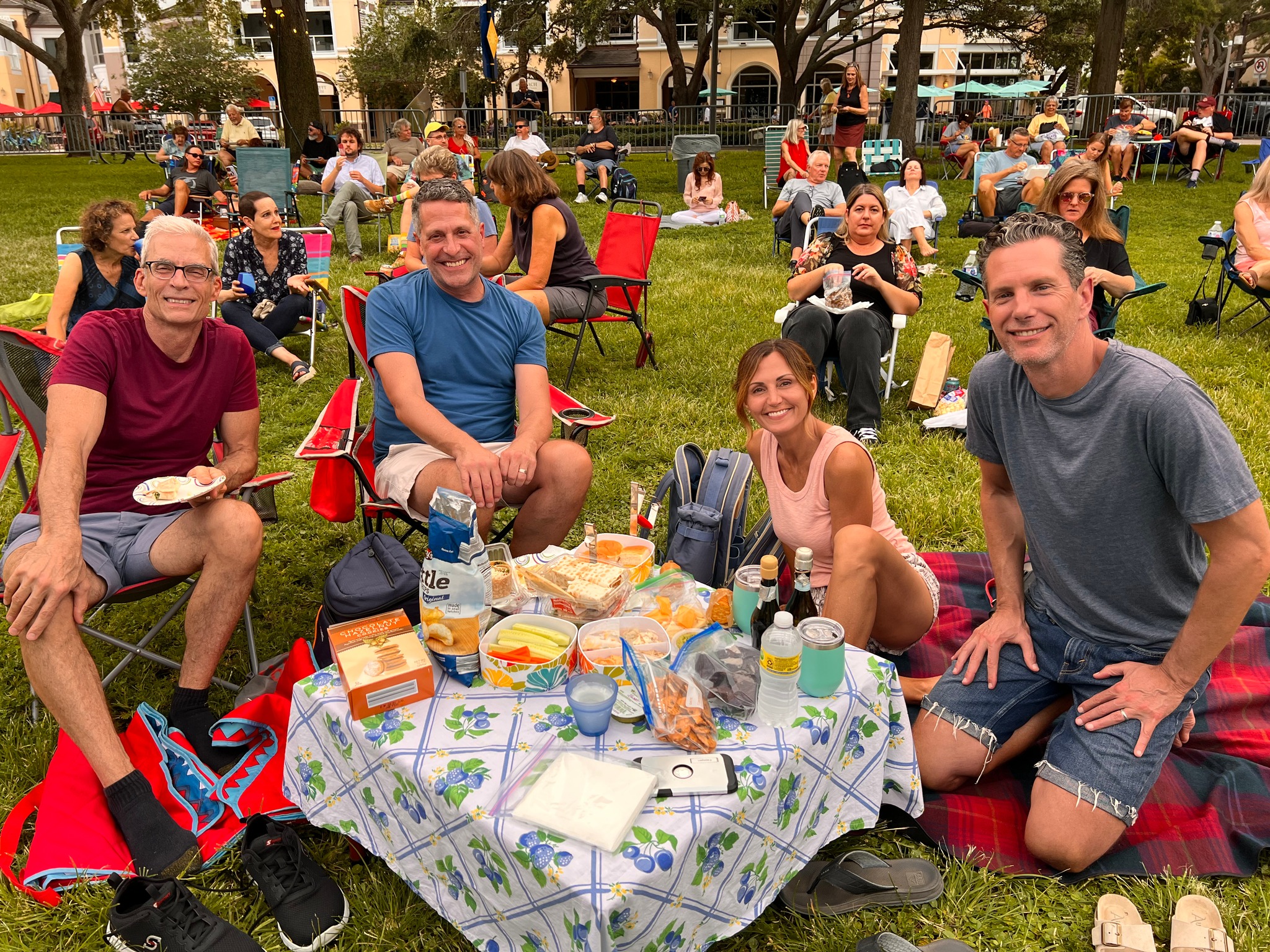 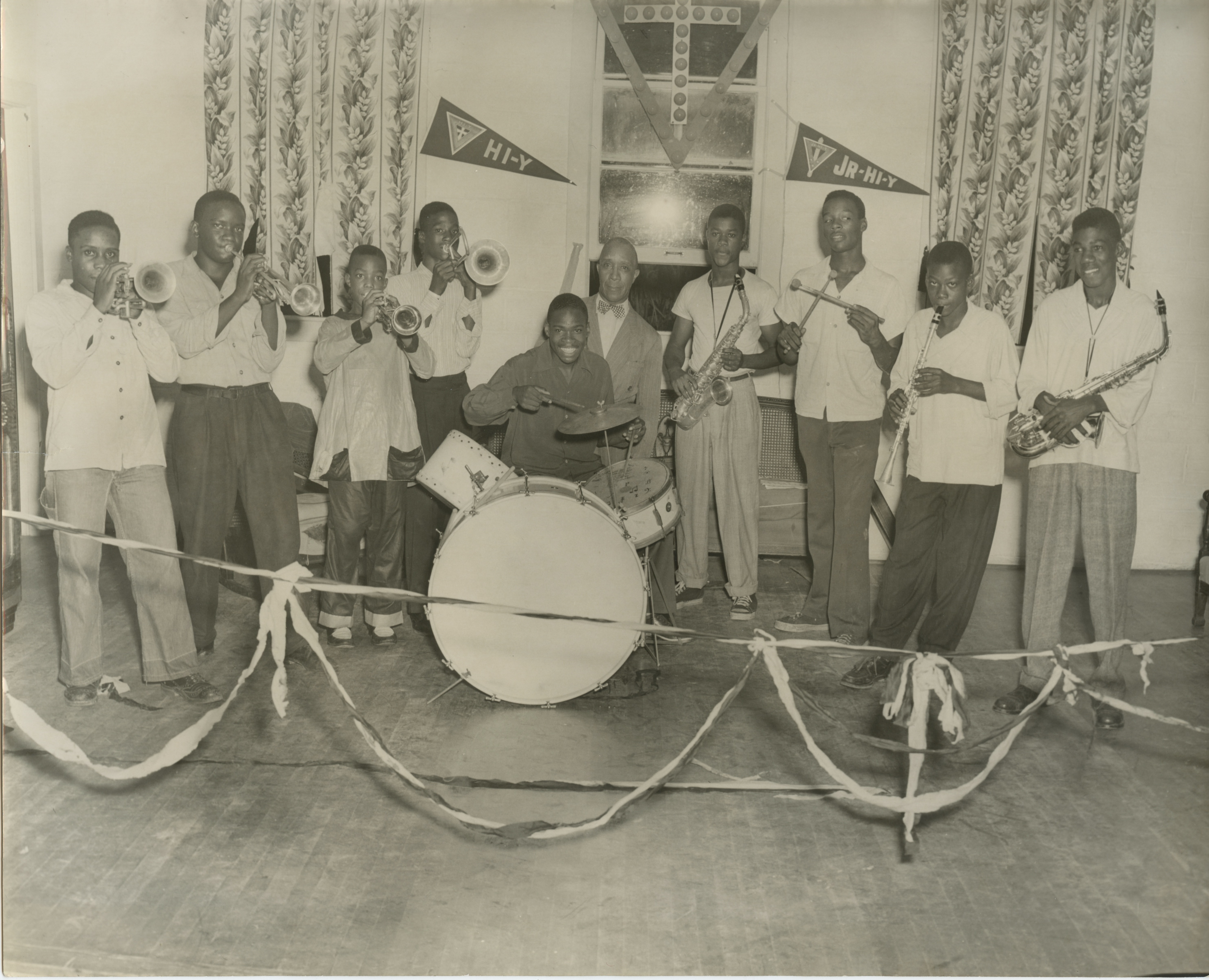 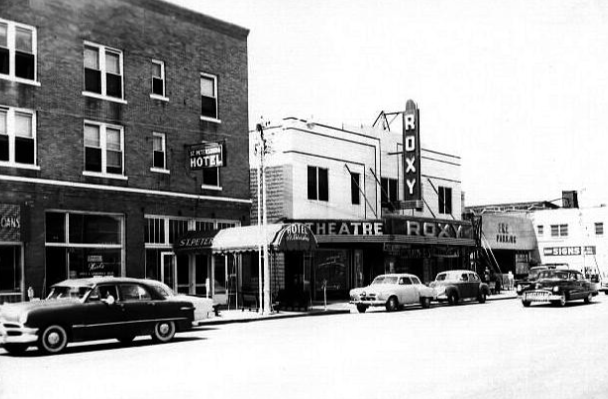