The Martha Washington. The Heritage. Indigo. Exchange. The hotel located at 234 3rd Ave. N. has had many names since it was constructed in 1928 with 75 rooms.

The hotel changed hands in the late 1930s, and the new owners completed a three-story addition adding 38 rooms in 1937.

By the 1960s, the "Martha Washington Hotel for Women" offered longer-term lodging for seniors. A 1962 Times article profiled one noteworthy and surprising resident: Hollywood actress Veronica Lake, who had retired from her film career and was working and residing at the hotel.

In 1987, the Martha Washington became the The Heritage Hotel, and in 2008, it became Hotel Indigo following a 3 million dollar renovation. Then, at the end of 2021, with additional interior and exterior renovations, it became The Exchange Hotel.

The hotel's versatility is a testament to the longevity of historic buildings, which can often have many iterations and uses over their lifetimes.

Despite being included on the city's list of potentially eligible historic properties, and being a contributing structure to the downtown National Historic Landmark District, developers recently announced plans to demolish the historic property and the neighboring Fit2Run, a local runners’ "superstore" which is housed in a historic residential structure.

The proposed project includes a 35-story condo tower attached to a 13-story hotel.

A demolition request submitted in May and scheduled for review in July has been withdrawn. 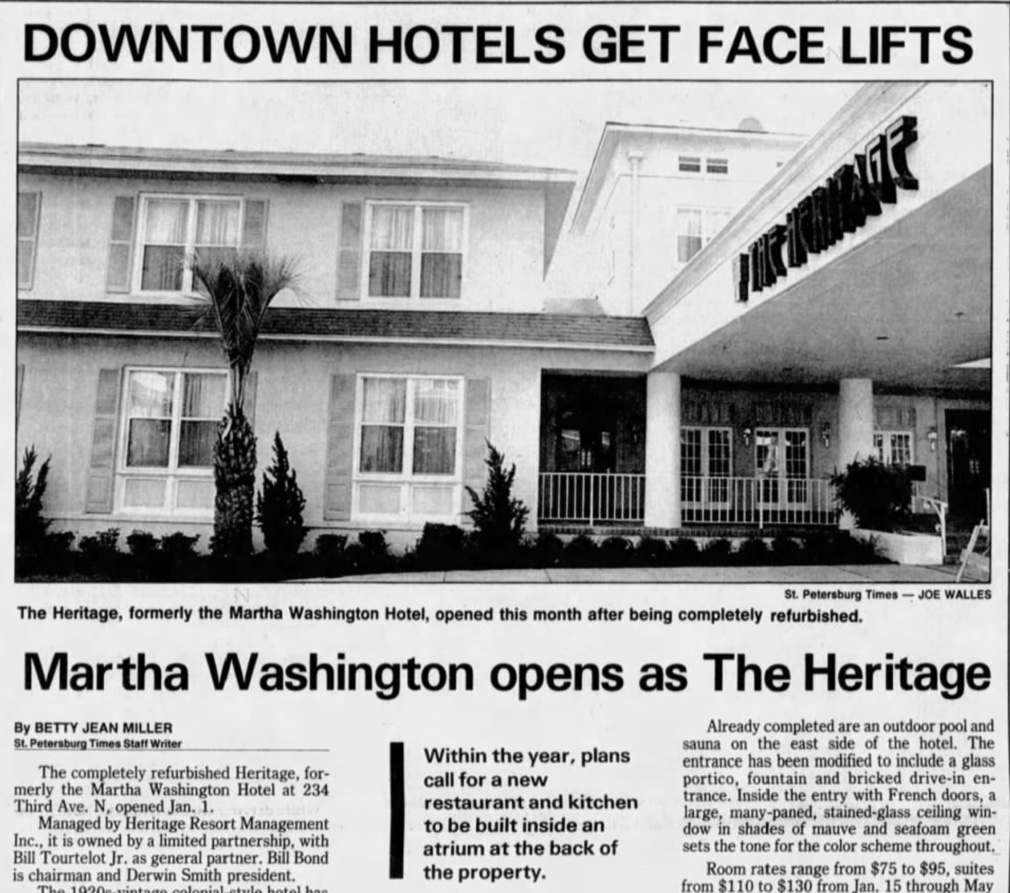 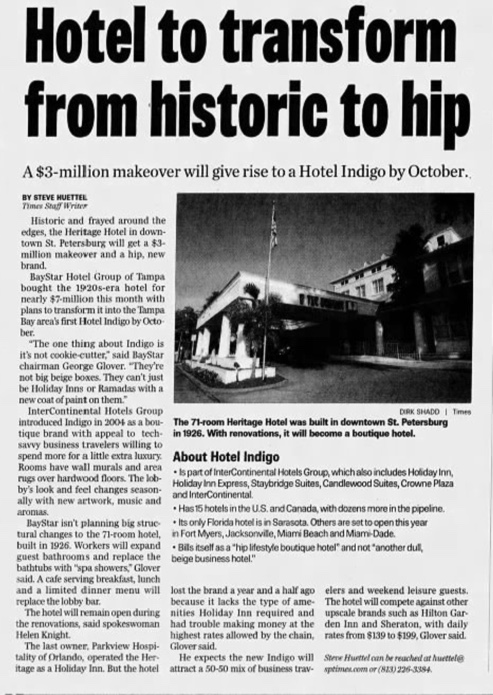 From left to right:

You may also be interested in
See all news
Preserving the Martha Washington Hotel
June 30, 2022
Read More